Pie Five Pizza Co. has been expanding in Indiana. And Mishawaka is next on its list.

The pizza restaurant will open in a new multi-tenant building being built on North Main Street, next to the Meijer and La-Z Boy Furniture. Potbelly Sandwich Shop also has been confirmed for the space.

It will still be awhile before the restaurants open, though. Groundwork for the building just started this month. It’s expected to be finished by September or October, but then the restaurants have to come in and do their work.

Carl Dissette, who is opening the local Pie Five franchise, said it usually take 90 to 120 days for build-outs. Potbelly is hoping to be the first to open in the space, so both restaurants likely will open around the same time early next year. 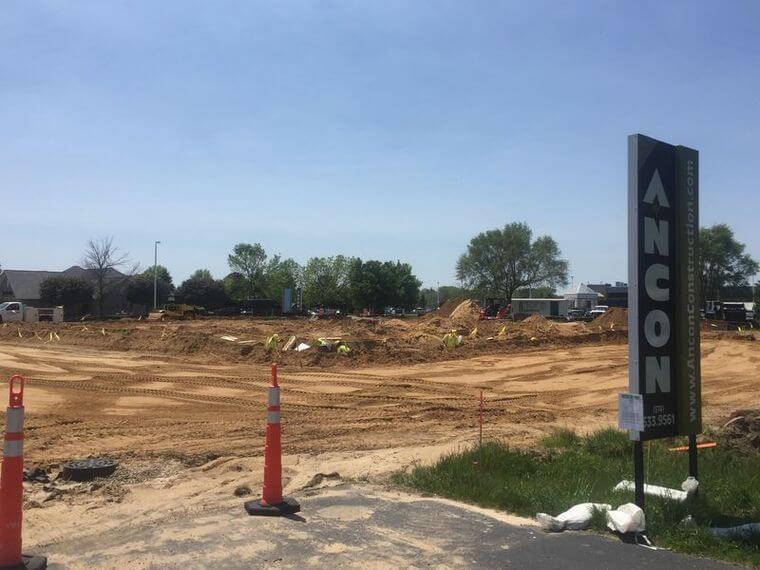 Groundwork begins on a new multi-tenant building next to Meijer on Main Street in Mishawaka. Tribune Photo/LINCOLN WRIGHT

The new building has room for four retailers, but currently only two have been confirmed. When the project was first announced last year, there was talk of a Qdoba Mexican Grill coming to the space, but no plans for the restaurant have been filed.

Dissette, who was an original Jimmy John’s franchisee 20 years ago, got in with Pie Five because he said it has the best product. Dissette also owns the two Indianapolis locations, a location in Chicago and recently has been opening locations around Des Moines, Iowa.

Pie Five Pizza offers classic pan crust and an artisan thin crust. Dissette said they also have a wheat crust and gluten-free pizza. The salads are served in a cooked pizza crust bowl.