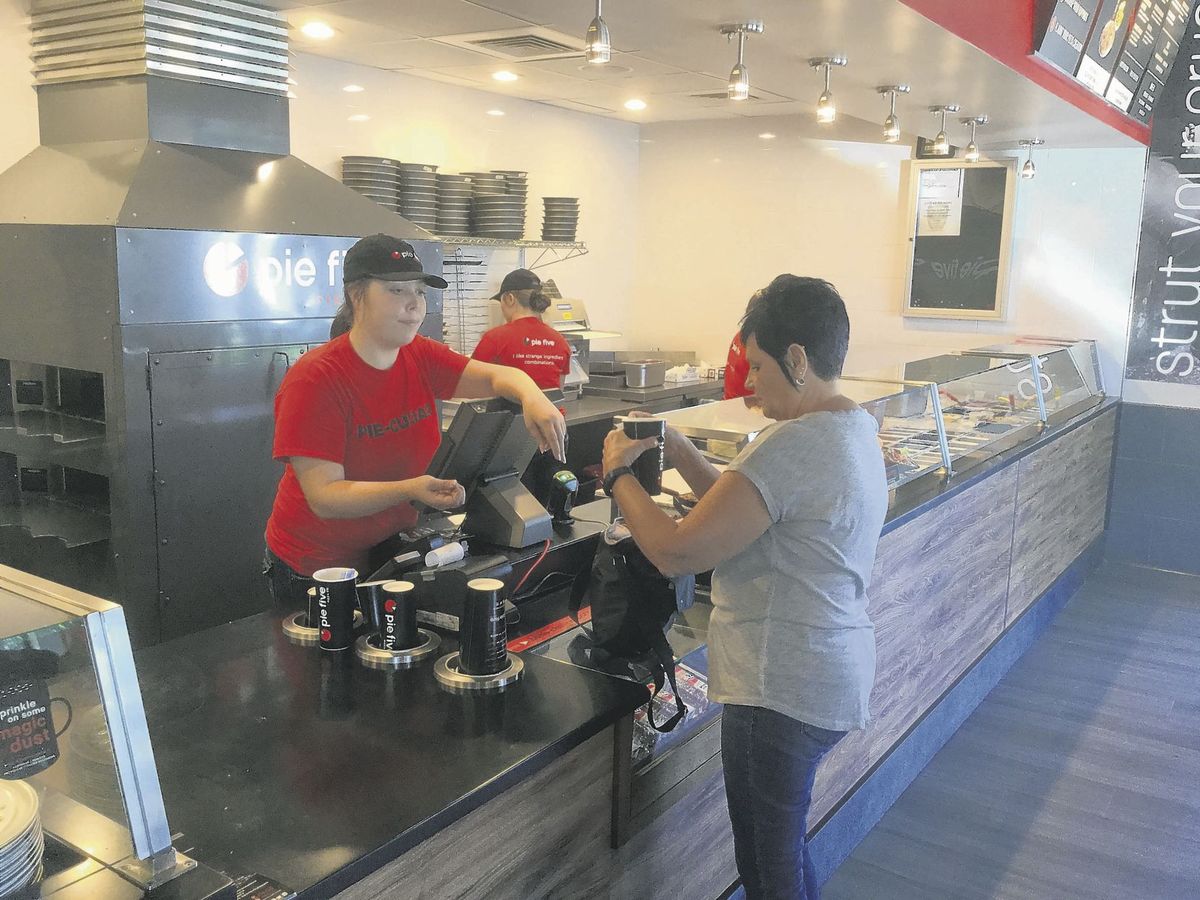 HICKORY- Pie Five Pizza, a Dallas-based chain, opened a franchise in Hickory on Monday, offering what its owners describe as an “all new concept in pizza.”

The owners of the Pie Five franchise in Hickory are Jeff and Christine Steiner, who also own a Five Guys Burgers and Fries and Moe’s Southwest Grill in Hickory.

Because of their experiences in the area, the Steiners chose Hickory for the restaurant.

“We were familiar with the market,” Jeff Steiner said. “We really liked Hickory a lot, it’s a great community.”

Steiner sees Pie Five as introducing a new type of pizza in the area.

The restaurant’s name comes from the idea customers will receive pizzas within five minutes of ordering, Jeff Steiner said.

With the exception of the gluten-free dough, all dough is made fresh each morning, Steiner said.

So far, Steiner has been pleased with the response the restaurant has gotten on social media.

Hickory residents Jennifer Jordan and Heather Carswell ate at Pie Five for the first time on Thursday and were pleased with the speed, the variety and the addition of a new option in town.