The rapidly-growing Texas-based Pie Five Pizza Co. is about to arrive in the midstate in a big wa 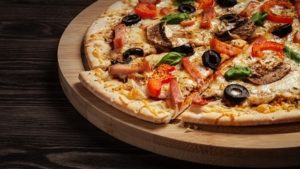 Pie Five, which since its launch in 2010 has grown to 96 locations in 22 states and Washington, D.C., plans to open two restaurants in the York area in early 2017 and one in Chambersburg this December, officials with Pie Five said Monday.

Pie Five, headquartered in Dallas, is already a leader in the “fast-casual pizza” market, offering individual handcrafted pizzas with fresh ingredients made to order in less than five minutes, its officials say.

The franchisee for the three locations is Peter Ballantine, the spokesperson said.

Pie Five opened its first restaurant in Fort Worth, Texas, in June 2011. Among other honors, it was named 2012 “Hot Concepts” winner by Nation’s Restaurant News and one of “10 Hot New Restaurant Chains from Established Brands” by Forbes.com.