DALLAS, May 2, 2019 /PRNewswire/ — Pie Five Pizza today announced that the fast-casual pizza chain has signed a two store deal in Corvallis, Oregon. This will be the first Pie Five location to open in the Beaver State. 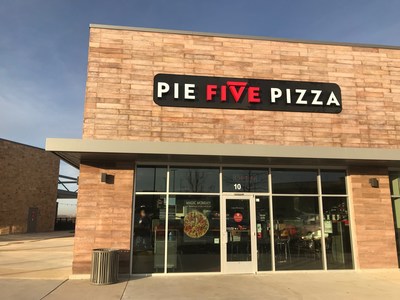 Ravi and Sharna Prasad signed an agreement to bring Pie Five to Corvallis later this year. The Prasads reside in Corvallis which is also home to Oregon State University and Hewlett-Packard.

"Sharna and I didn’t come to this decision lightly," Ravi Prasad said. "We researched nine other similar concepts before choosing Pie Five. We were impressed with Pie Five’s quality ingredients and their superior oven technology – they have the fastest oven in the industry. But what really won us over was the Pie Five team. The entire team has been friendly and supportive. We’re confident in the brand and know we’re in good hands for our first franchise."

"I couldn’t be more excited to welcome the Prasads to the Pie Five family," said RAVE President Bob Bafundo. "We’re proud to partner with Ravi and Sharna to bring Pie Five’s fast and fresh handcrafted pizzas to the community of Corvallis."