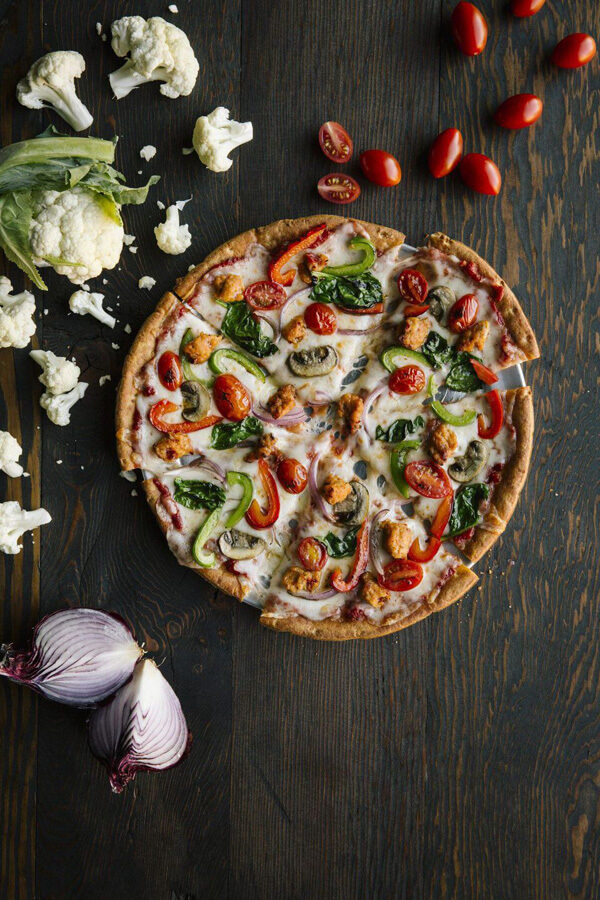 Pie Five moved its cauliflower crust from a limited-time offering to a permanent menu item after the product repeatedly set sales records.

In January, Pie Five Pizza added a cauliflower crust as a limited-time offering. The LTO was scheduled to last six to eight weeks across all of the brand’s nearly 100 locations.

Within four weeks, however, executives realized they were going to have to make it a permanent menu item.

“We ordered about 15% more of this crust than what we currently sell of our gluten-free crust. We thought that would be a safe cushion of how the product was going to sell. We started running out within the second week,” said Christina Coy, VP of marketing.

The team had to place additional orders with the manufacturer and watch the inventory on a day-to-day basis.

“In the six years I’ve been with the company, we’ve never had to do that. It was alarming and challenging and exciting, and it shows just how popular this has been for us,” Coy said.

Pie Five’s experience reflects a nationwide movement favoring the vegetable. According to the U.S. Department of Agriculture’s Economic Research Service, per-capita consumption of cauliflower jumped 38% from 2016 to 2017.

A confluence of trends has pushed this demand. Cauliflower is healthy, low-carb, gluten-free and full of fiber. It is a good fit for the increasing number of consumers identifying as vegan (a 600% jump in the past three years), and it is versatile for a number of culinary applications.

That versatility, however, doesn’t necessarily mean it’s easy to translate to a sturdy pizza crust capable of holding an abundance of toppings. To ensure it could measure up to brand standards, Pie Five spent about a year engineering cauliflower crusts in its in-house test kitchen. The company looked at multiple variations from multiple manufacturers, considering facility capacity, price point and texture. Once Pie Five found its manufacturer, which the company will not disclose, it began to work on durability and taste.

Then it was up to Pie Five’s loyal customers in the Dallas-Fort Worth market to put the crust through a taste test. The company expanded the consumer test to two additional markets that had strong gluten-free sales.

When the crust sold out faster than anticipated in test markets, Pie Five launched it systemwide as an LTO.

“That’s when we really started seeing its potential. It blew the roof off of our expectations,” Coy said.

This success, she adds, has come with a minimal marketing push.

“It’s been a surprise, at least to me. But there’s a hipness in cauliflower now. It’s very popular,” said CEO Scott Crane. “Gluten-free is a very small percentage for us (about 2% of sales), so I was skeptical.”

The cauliflower crust exceeded his expectations by “four to five times what I thought it would be in terms of sales mix,” despite an upcharge of $2 to $2.50. A majority of the country’s cauliflower supply is grown in Salinas Valley, California, which has been subjected to extreme drought followed by record rain, affecting planting season and prices.

Crane said volatility is always a concern for high-demand, low-volume crops, but Pie Five helps manage the production timing with its manufacturer to “make sure we have our arms around it.”

It also helps that Pie Five’s customers have shown willingness to pay more for the product.

“People are sharing their personal stories about how much this means to them on their health journey. Some of their stories have given me goosebumps,” Coy said, adding that the brand’s social media engagement has increased 10 to 15% since the launch. “They’re very passionate about it.”

Crane adds that traffic has also increased: “Anecdotally, we know people are coming in for the cauliflower crust and they’re coming in more frequently.”

Crane said Pie Five’s sister company, Pizza Inn, is also exploring a cauliflower crust, and he expects the product to eventually make its way onto more pizza menus around the country, just like gluten-free has done within the past few years.

“We think it will peak eventually, but we don’t know when that will be. We don’t think it will be anytime soon,” Crane said. “Once it does, as long as we’ve sustained our sales volume of this product, we’re still in a good spot.”